Abstract: Geographic Information Systems (GIS) and related technologies such as remote sensors, satellite imaging and portable devices that are capable of collecting precise positioning information, even on portable hand-held devices, have spawned massive amounts of spatial-temporal databases. Spatial “data science” broadly refers to the use of technology, statistical methods, computational algorithms to extract knowledge and insights from spatially referenced data. Applications of spatial-temporal data science are pervasive in the natural and environmental sciences; economics; climate science; ecology; forestry; and public health. With the abundance of spatial BIG DATA problems in the sciences and engineering, GIS and spatial data science will likely occupy a central place in the data revolution engulfing us. This tutorial will introduce participants to the various challenges data scientists are encountering in analysing massive spatial-temporal data sets in diverse applications. The approach of the tutorial will be fully oriented toward a data science audience linking model development and computations through the R statistical computing environment and software packages such as BUGS/JAGS and STAN. We will begin with a description of different types of spatial data structures and the relevant data analytic questions they pose. We will show, with several examples, the importance of formal statistical inference and, in particular, the many benefits of Bayesian modeling for spatial and spatial-temporal data. We will elucidate recent developments in Bayesian statistical science that harness high performance scientific computing methods for spatial-temporal BIG DATA analysis and emphasize how such methods can be implemented on very modest computing architectures (such as a laptop).  The talk will include specific examples of Bayesian hierarchical modeling in diverse scientific disciplines including environmental sciences; economics; and public health. 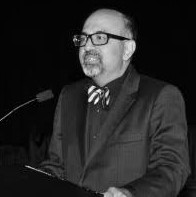 Sudipto Banerjee is currently Professor and Chair of the UCLA Department of Biostatistics and the 2022 President of the International Society for Bayesian Analysis. Dr. Banerjee has substantial experience in Bayesian modeling and inference for spatially-temporally referenced data. He has published over 160 peer-reviewed articles, two textbooks as leading author, one edited handbook and two committee reports for the National Academy of Sciences. He has produced open-source statistical software packages for fitting Bayesian hierarchical models for analysis of spatially and temporally indexed data. He has participated in a number of federally funded projects, both as PI and as co-PI, and has regularly served as PI on R01 grants from NIH and received continuous funding since 2007 from NSF as PI of projects advancing statistical methods for spatially oriented BIG DATA problems. He has graduated 15 doctoral students and has supervised 2 postdoctoral scholars. Dr. Banerjee has received many honors, including the Abdel El-Shaarawi Award from The International Environmetric Society (TIES), the Mortimer Spiegelman Award from the American Public Health Association and the George W. Snedecor Award from the Committee of Presidents of Statistical Societies (COPSS), elected membership of the International Statistical Institute, elected fellowships in the Institute of Mathematical Statistics (IMS), the American Statistical Association (ASA), the International Society for Bayesian Analysis and the American Association for the Advancement of Science (AAAS), a Distinguished Achievement Medal from the ASA’s Section on Statistics and the Environment, and an ASA Outstanding Statistical Application Award.