The tutorial presents robust methods for the assessment of both average and scaled average bioequivalence, based on data from conventional cross-over studies and replicate design cross-over studies. Initially, in an empirical study of a large number of average bioequivalence studies, the results of the classic and robust Bayesian analyses are compared, and the need for robust analyses is discussed. Thereafter, the classic and Bayesian robust methods are applied to a group of replicate design bioequivalence studies, and diagnostic plots and outlier diagnostics for such studies are presented. Robust analysis of replicate design bioequivalence data affects not only the estimation of the location parameters of the test and reference formulations but also the within-reference scaling factor; a proposal is made for the appropriate handling of this matter. The proposed Bayesian robust methodology is flexible with regard to study design (conventional cross-over, replicate design cross-over, parallel design) and with regard to the handling of outliers and skewness in the data. 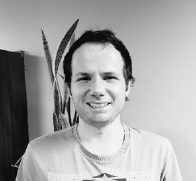